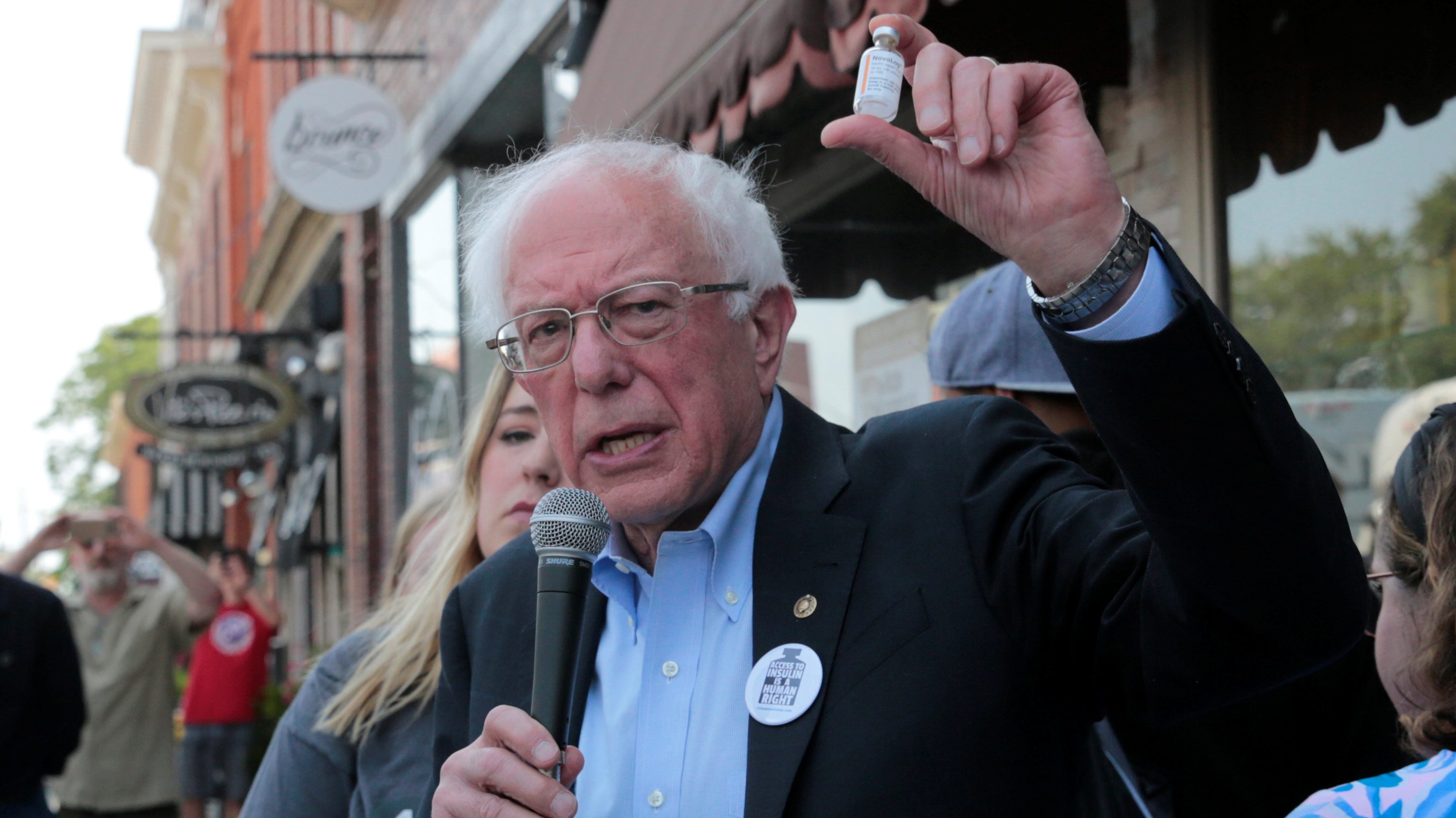 During last night’s Democratic debates, Senator Bernie Sanders naturally talked up his signature policy point, his Medicare for All proposal. He also made a familiar comparison, describing a bus trip he made from Detroit to Windsor, Ontario, with Americans who fill prescriptions in the northern country at a fraction of what they cost south of the border.

“I took 15 people with diabetes from Detroit a few miles into Canada,” he said in last night’s debate, “and we bought insulin for one-tenth the price being charged by the crooks who run the pharmaceutical industry in America today.”

The differences between the two countries’ health plans are often highlighted in arguments for extending universal health care to all Americans, while eliminating private insurance. The US is the only industrial nation without universal health care, so it’s handy that such a close neighbor serves as an example of how it works. But, in fact, there are a few ways that Sanders’s plan would provide even more comprehensive coverage than Canada’s.

As Sanders said in a post-debate interview with CNN’s Anderson Cooper, his version of Medicare for All would include dental, vision, and hearing care for seniors in the first year of a transition to universal coverage. By the fourth year, all Americans would be eligible for the same benefits. Presumably, so would a plan under Senator Elizabeth Warren, who is “with Bernie” on healthcare. Senator Kamala Harris should be asked to clarify her stance on related co-pays and out-of-pocket expenses during Wednesday’s debate (July 31), the Washington Post suggests, though her proposal, which doesn’t eliminate private companies, does suggest the same type of comprehensive coverage.

What few Americans may realize is that these particular aspects of care are not entirely covered by Canada’s provincial health plans. But they’d certainly be an asset to the United States’ population—and particularly to senior citizens. Growing evidence suggests that a person’s vision, hearing abilities, and oral hygiene could all be connected to cognitive health.

The case for covering seniors’ hearing, dental, and vision care

Seniors are among the fastest growing demographics in the US, with those over 65 expected to outnumber children under 18 by 2030. Older adults have distinct health needs compared to younger adults: Namely, they’re at the highest risk of developing dementia. Already, about one in 10 adults over 65 is living with Alzheimer’s disease (the most common form of dementia), although the rate is higher among communities of color—which happen to be the fastest-growing aging populations in the US.

Rapid cognitive decline can result from several kinds of misshapen proteins building up in the brain. But the many pathways to dementia are still poorly understood—and at this point, impossible to prevent or treat. It’s costly, too: Currently, the US spends $290 billion (pdf) caring for those living with Alzheimer’s in particular, and the Alzheimer’s Association, a non-profit organization, estimates that that figure will reach $770 billion by 2050.

Some research has suggested there may be a relationship between poor oral hygiene, , and hearing abilities and developing cognitive decline or dementia. In the absence of successful tactics to prevent the conditions, some experts hope that interventions connected to these three functions could help slow or prevent dementia.

Suzann Pershing, an ophthalmologist at Stanford University School of Medicine, conducted a study published in JAMA Ophthalmology that found an association between poor vision and lower cognitive ability in older populations. She told the New York Times that “while this association doesn’t prove vision loss causes cognitive decline, intuitively it makes sense that the less engaged people are with the world, the less cognitive stimulation they receive, and the more likely their cognitive function will decline.”

The same is thought to be true of hearing loss, which can lead to social isolation. (Consider that even adults who don’t have hearing problems are liable to give up on conversation in a loud place.) Another possibility to explain this link, AARP magazine reports, is that straining to hear and understand sounds can put extra stress on the brain. “The benefits of correcting hearing loss on cognition are twice as large as the benefits from any cognitive-enhancing drugs now on the market,” Murali Doraiswamy, a professor of psychiatry and medicine at Duke University School of Medicine, told AARP magazine. “It should be the first thing we focus on.”

The connection to dental care is a little trickier. Preliminary research has shown that Porphyromonas gingivalis, a type of bacteria that causes periodontitis, is more commonly found in the brains of people with Alzheimer’s disease. It’s not clear if the bacteria itself plays a role in the brain’s deterioration, or if people living with dementia end up unable to take proper care of their teeth, resulting in severe infections.

To be clear, there are no known direct causes of dementia; there just appear to be risk factors that could lead to the condition. Suffering from hearing impairment, vision loss, or gum disease certainly does not lead to cognitive decline in everyone. But by the same token, every senior stands to gain from total vision, dental, and hearing coverage—perhaps especially those already dealing with cognitive impairment.

Which is why Sanders’s proposal stands to serve US seniors even better than Canada’s system serves its own elderly citizens. Across Canada, eye exams and treatments for conditions affecting the eyes are covered under provincial health plans. But lenses, frames, and contact lenses typically are not, except for those people on financial assistance. And while hearing tests are covered, provincial governments offer either no assistance or only capped subsidies for hearing aids, which are notoriously expensive.

Dental coverage for most seniors is missing entirely, until someone is in so much pain that they visit an emergency room. Most employers offer dental and vision coverage, but once a person retires, those benefits vanish, and relatively pricey private insurance becomes the only option.

The other leading Democratic candidates in the US have addressed seniors’ concerns in their policy talking points. As they should, if they’re aware of demographic trends and the fact that more senior voters are moving to the left. But only the Sanders platform—and by default Elizabeth Warren’s—is as specific about full universal coverage for these three issues.

One day, Bernie’s bus may need to travel to Canada again—this time bearing pointers for his neighbor to the north.