It was an early summer morning at the San Ysidro Health Center, situated on the Mexican border. A flu outbreak gripped a nearby ICE detention center, where a larger humanitarian crisis continued to unfold, threatening the future of hundreds of children.

In a small conference room, brimming with 20 or so of the San Diego area’s most diverse academic and activist minds, Nadine Burke-Harris sat at the head of the table. The 43-year-old pediatrician from San Francisco was appointed by Gov. Gavin Newsom to become California’s first-ever state surgeon general in February. The role is part policymaker, part spokesperson, and full-time advocate for the state’s public health. All of which were needed to protect children at the border, as Burke-Harris later opined in the Washington Post.

In a country where Black people, immigrants, and women all report being unseen by medicine—in research, in practice, and in policy—Burke-Harris is all three. And she is poised to become one of the most powerful women in U.S. state-level government. Ever.

With that new leverage, Burke-Harris has heaved her political and medical capital not toward the expected battle cries—curing cancer, ending HIV infection, or undoing the opioid crisis—but on an affliction which most people don’t even know they experience: toxic stress. “I am not a surgeon general who is going to just tell people to eat right and exercise,” she said.

To Burke-Harris, toxic stress is not about enduring a long line at Starbucks, being ghosted, gentrification, or negativity. It cannot be cured by a warm bath, a juice cleanse, exercise, or meditation. It’s what she calls “higher allostatic load”: the ongoing wear and tear from structural instability, and it bears heavily on people of color, women, queer people, homeless people, poor people, and anyone whose existence is systematically marginalized. This is called John Henryism or weathering, and is worse than a cradle-to-grave crisis: It’s womb-to-grave. 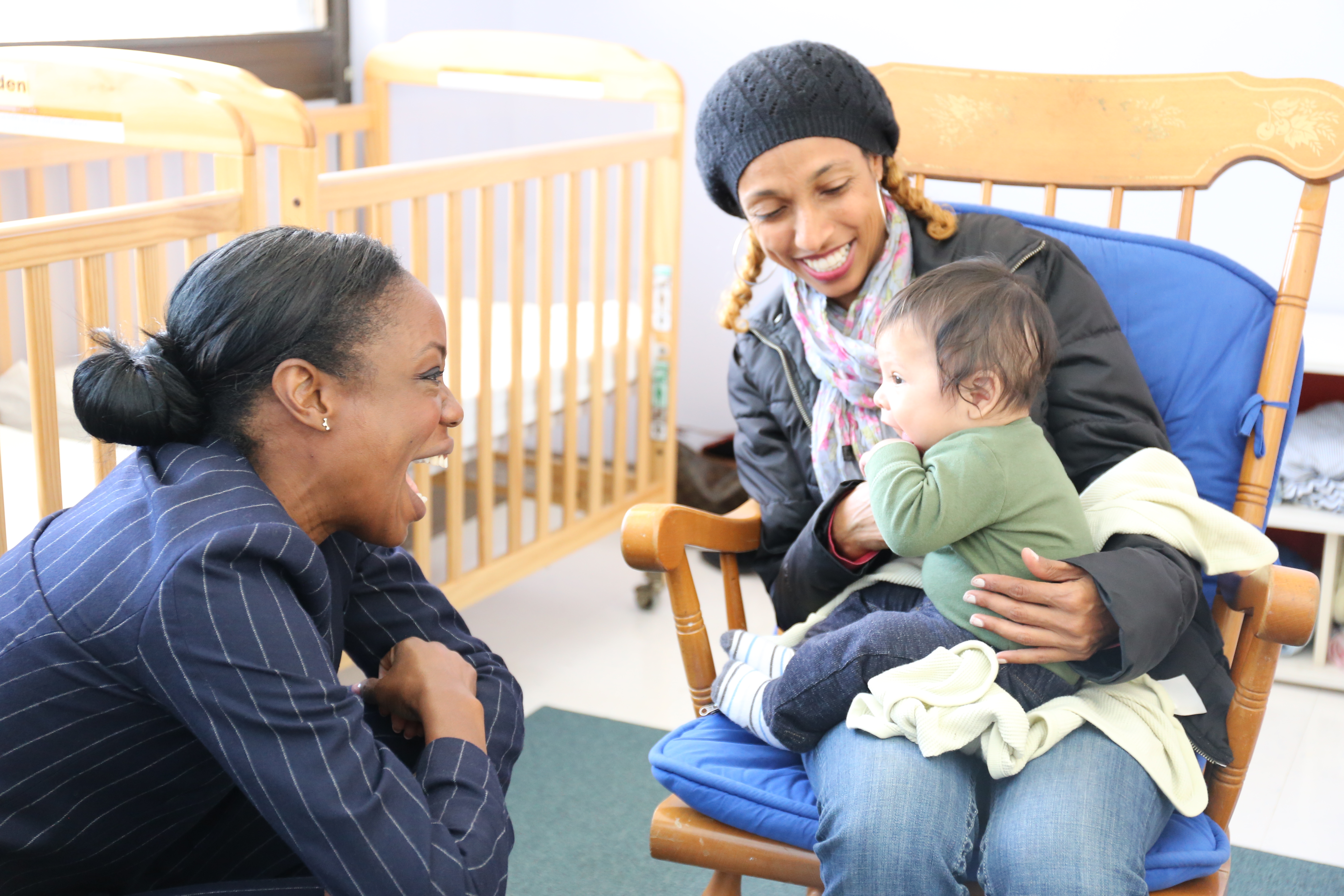 Black women in the U.S. have double to triple the likelihood of giving birth to a premature child as their white counterparts, quadruple the risk of dying in childbirth, and double the risk of their infant dying within the first year after birth. Meanwhile, a 2018 research letter in the Journal of the American Medical Association flagged the suicide risk of black boys aged 5 to 11 as triple that of white boys. Working-class men of color who escape the school-to-prison for-profit pipeline must try 16 times harder to get a therapy appointment than a middle-class white woman. A 2016 Journal of Health and Social Behavior study found that 30 percent of therapists responded to calls for help from middle-class white people, 21 percent to middle-class black women, and 13 percent to middle-class black men.

And on top of it all, a culture of intolerance makes the toxic stress even worse, what with BBQ Beckys, the outcries over a black Little Mermaid, the stigmatization of black athletes and their strength, and the everyday silencing of black pain. And the racial divide is widening.

It’s a good thing, then, that Burke-Harris has been readying herself for a role like this for her whole adult life. Burke-Harris was born in Canada to Jamaican parents; her father brought the family to Palo Alto when he got a Fulbright to teach biochemistry at Stanford. But she knows what it feels like to never feel quite settled in a country. She watched her mother nurse a brother’s 105-degree fever rather than go to the hospital, fearing it might endanger their immigration status. Nonetheless, she climbed quickly: undergrad at Berkeley, medical school at UC Davis, a public health degree at Harvard, and a residency at Stanford, where she was the only black person in her class. In medical school, someone assuming she was a janitor barked that she should “get a mop and mop up that mess.” She declined.

When asked if it’s stressful—as a public official, as a woman, as a minority, as an immigrant—to shoulder California’s hopes, she resists. “Why would I choose that when I can choose joy?” she said.

But Burke-Harris isn’t an advocate in the way one might presume. At the luncheon in San Diego, her telling of a story about an asthmatic 10-year-old girl took a sharp turn from anecdote to diagnosis, casually racing through medical specifications. She paused. “I’m new to public office,” she said unapologetically. “I’m a doctor.” The room erupted in laughter—Burke-Harris’s as well.

She debuted in the national consciousness as many these days do, via a viral video. In her TED talk—watched 2.3 million times since it posted in 2015—she discussed a kind of man-made pathogen tied to 7 out of the top 10 causes of death in the U.S. “Folks who are exposed in very high doses have triple the risk of heart disease and lung cancer,” she said, “and a 20-year difference in life expectancy.” The talk was about childhood trauma and toxic stress, which she later outlined in more detail in her book, The Deepest Well. The clinic she ran in one of the worst neighborhoods in San Francisco has been envied nationally and mimicked—badly—in New York.

But for all her scientific rigor, she is full of surprises. “Did you see Night School?” she asked me in the car, racing between back-to-back meetings. “There’s a scene in there where Tiffany Haddish asks Kevin Hart ‘What happened to you?’ instead of ‘What’s wrong with you?’ I’m probably the only person who cheered the medical accuracy there.”

Her friends say it’s not by chance that she reached this level. “Even back then, it was clear that she was guided by a fierce desire to help those who could not help themselves,” said Vivek Murthy, who, at 37, became the nation’s youngest-ever U.S. Surgeon General in 2014. Murthy and Harris-Burke are fellow alumni in the Soros Fellow program and share a dorky coffee mug with their faces on it. And they are aligned on their approach to health. “For most people and policymakers, prevention is less tangible than treatment,” Murthy said. “It’s much easier to picture treating someone with a heart attack than it is to imagine altering the complex threads that determine whether a future heart attack occurs.”

Kimberlydawn Wisdom is Michigan’s state surgeon general, the first state SG in the country, and a close friend. She said Burke-Harris’ appointment is a dream outcome. “California has the power to change the game as no other state,” Wisdom said. “Suddenly I can picture, in my own lifetime, every state and territory having their own surgeon general. It’s just too bad there’s only one Nadine. She’s proof that we’re evolving as a society to include not just diversity but also different perspectives, the true strength of real diversity.”

In her TED talk—watched 2.3 million times—she discussed a kind of man-made pathogen tied to 7 out of the top 10 causes of death in the U.S.

California’s reputation as a game-changer is well-earned. In 1990, San Luis Obispo, nestled in the central part of the state, became the first city in the world to ban all indoor smoking in public places, including bars and restaurants; California was the first state to ban smoking in the workplace in 1995 and, in June, Beverly Hills became the first U.S. city to ban tobacco sales.

California similarly has been a leader in requiring LGBTQ history in schools and banning gay conversion therapy, pushing for over-the-counter access to PrEP for HIV, legalizing medical and recreational marijuana, and pioneering needle exchanges. Pregnant Californians are entitled to four months of paid leave and new parents get three months (unpaid) to bond with their newborn, compared to the federal law, which doesn’t protect any amount of time. This year, California also passed a law much more revealing of baked-in bigotry: it became the first state to ban race-based hair discrimination.

Back in San Ysidro, Burke-Harris toured a maternal health building, complimenting breastfeeding posters (some in Tagalog), praising a cooking program that teaches recipes based on local grocery coupons, and asking lab technicians what software they’re using. But it was later, meeting with other pediatric activists, that the impact of her training became clear. “Working with children, we’re working with families and working with generations,” she said.”There’s a built-in comprehensiveness.” It makes for one hell of a training ground for public policy.

But before launching any new programs, Burke-Harris wants more data, so she helped pass a law requiring all recipients of Medicaid in California to have their Adverse Childhood Experience (ACE) scores evaluated and reported. This provides a metric through which to measure toxic stress.The program is $45 million to implement and $60 million to follow through over three years. 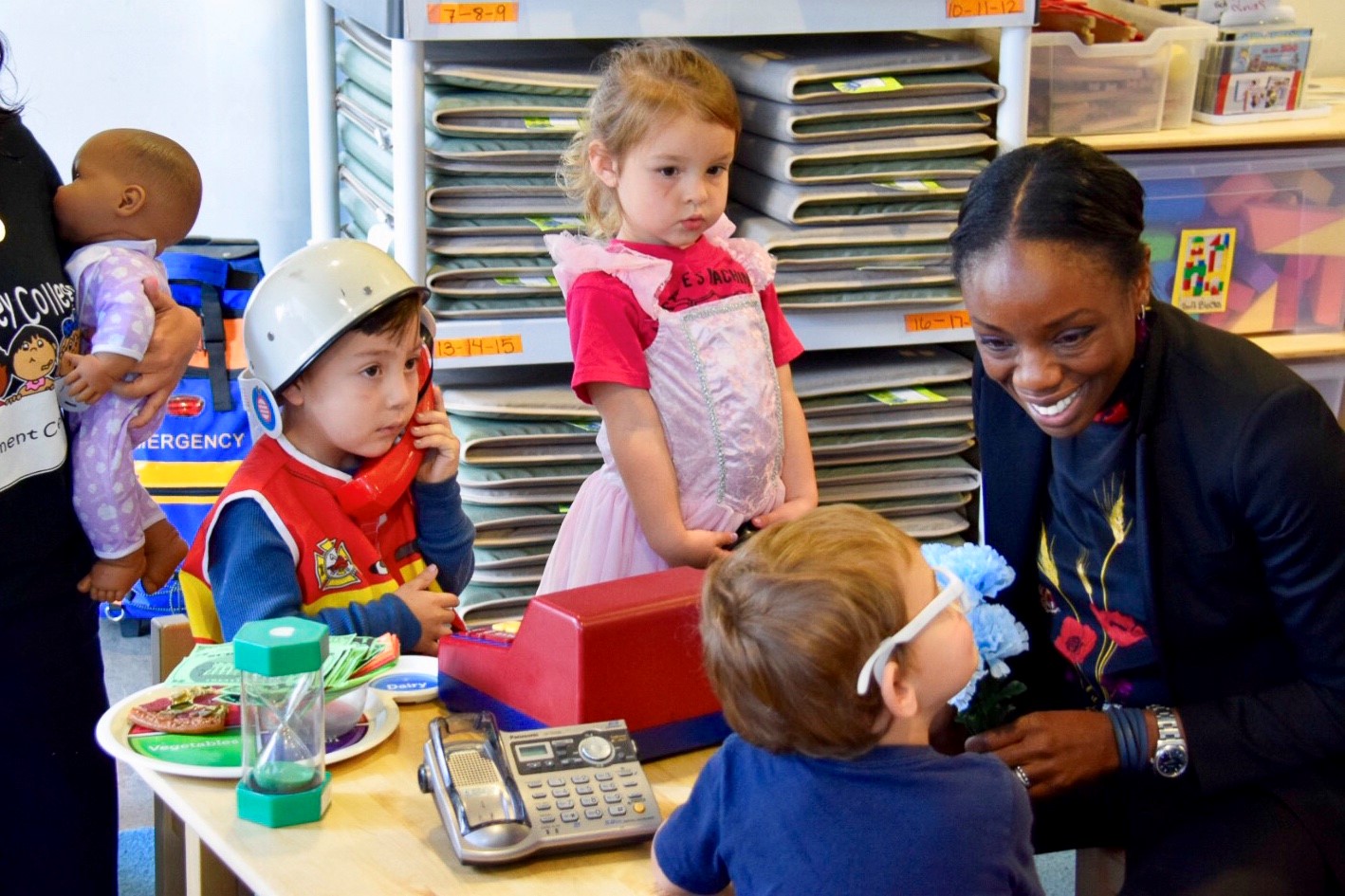 Burke-Harris visiting with community members. Image: Office of the Governor

That’s music to Bruce Baldwin’s ears. Baldwin, a 63-year-old tobacco prevention treatment coordinator in California’s rural north, always thought early experimentation with alcohol and stronger drugs—beginning at 12—derailed his life. People would tell him to “be a man, tough it out.” But then he got sober, and his problems remained. It was only with more awareness that he realized his ACE score—the impact of an impoverished childhood without a mother—played a part too. “ACE scores go back further than you can even remember. Your body remembers, though.” He’s hoping Burke-Harris’ impact will help more people like him. “She changed my life with a YouTube video,” he said of her TED talk. “Imagine what she’ll be able to do with real power.”

As both of us packed our things into TSA trays at San Diego’s airport, I asked Burke-Harris to name something she wanted to be common knowledge a generation from now. “Heart attacks start in childhood,” she said without hesitation. “That’s why this is so important. It is the root of the root of pretty much every root. It’s where, how, and why everything begins.”

I asked her about her frequent analogy that toxic stress will be for the 21st century what infectious diseases were to the 20th century. Does that mean her goal is to be the Jonas Salk of our time?

“Yes,” she said with searing determination, her eyes aglow with the superpower of being seen. “That’s exactly what I want to do.”